Is working on oil rig dangerous or worth the salary ?

Lots of people are looking to work on oil rigs as an alternative to the more usual career options over the last few years.

This has been put down to the economic downturn and the lack of jobs out there. 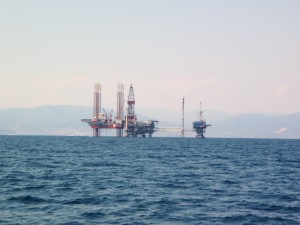 We have been talking to a young man who has been in the construction industry for some years but has found that there is much less work available. With this in mind and recently starting a family he has decided to have a look at working the offshore oil rigs. He has admitted that it will be a struggle at first working away from his family but considers that the benefit of working 6 months on and six months off will give him more quality time with his family than he may get with a normal job where you just see the family at night and weekends.

Oh and not to mention that oil rig jobs offer high salary (up to 4 times his normal income) paid!

So far this all sounds pretty reasonable and worth investigation, but what about health and safety aboard the rigs?

I mean there is no point getting paid a hundred grand a year if you’re not going to be about to enjoy it right?

Well we have been doing a bit of investigating and this is what we have found out so far.

A lot of attention and time is put into health and safety (generally and training) including inductions, safety meetings and tool box talks.

There is a ban on all things that cause fire (don’t take your matches!) and you have to remove batteries from your electrical items before admittance to the platform.

All luggage is searched before you board the helicopter or boat to prevent anything that may cause harm.

Various drug and alcohol test are carried out and there is even a breathalyzer before you are granted access on board many rigs if you look a bit groggy.

You are sure to lose your oil rig job if found to breach any safety rules.

Each offshore oil rig has a medic and its own mini hospital but there will always be a helicopter or some means of fast transport on call for emergencies but this will be at best a couple of hours (you are in the middle of the sea miles from civilisation!).

All equipment used on the rigs has a special colour code that indicate when it has been tested (these test are to higher standards than normal onshore work).

Due to catastrophes in the past health and safety is a high priority but lets face it you are drilling for highly flammable materials in the middle of nowhere!

As one official said problems on oil rigs are like plane crashes they are very rare but do a lot of damage when they do happen.

So would it worry you to be an air stewardess or an oil rig worker?

If you are interested in working on the rigs check out some of these sites.

Click Here! This site has information on how to get on the oil rigs.

Roadworks safe for workers at home?

Here’s one for you

Today I was on my way to a client to complete a safety audit and I was driving down a well-known motorway when lo and behold guess what I came across….   You guessed it some road works.

I am of course being totally sarcastic because im sure you will know that if you drive more than about 10 miles in the UK you will inevitably hit some road works.

OK so while I was driving down the motorway there was the usual endless stream of road cones at the side of the road (not closing any lanes just sitting on the verge!) and the all important 40 mph speed restriction (complete with distance-avarage speed cameras!).

I would imagine on this 4 lane stretch of motorway the speed restrictions were to protect the workforce?

After about 10 miles of driving I saw not one worker or any sign of work being completed?

Now maybe the work was scheduled to be done soon or maybe completed already, who knows.

The point is I was driving down a 4 lane motorway at 40 mph with not much traffic about and no workers to be seen.

So apart from the restrictions upsetting a lot of people who would probably be late for work or worse receive a fixed penalty and fine in the post if they crept over 40 mph, I found another problem!

Due to driving so slowly for so long with nothing to look at I found my concentration wondering and also found myself yawning and getting very tired.

Now as we all know driving while tired is a big no-no and you should pull over and have a break open a widow and drink some coffee.

Apart from not being allowed to stop on a motorway and not having any coffee I did the next best thing and opened the window.

The next service stop was about 10 more miles so due to having to drive at 40 mph this would take quarter of an hour to reach, where as if I was allowed to drive at 70 mph I would arrive there in under 10 minutes.

So in effect the speed restriction was making me drive while tired for longer.

If you’re wondering this was at 10am on a Thursday morning and I had a good night sleep the night before and felt ok before I hit this stretch of road.

Just as I was contemplating sticking my head out the window to wake me up (not really do not try this) my car phone rang (yes hands free!) and it was my client apologising that he had been called out on an urgent job so I would not be able to complete the audit.

To cut a long story short I came off at the next exit and returned the opposite way on the motorway where there were no restrictions.

Have you guessed the end yet?

Well 10 points if you guessed that driving back home at 70 mph woke me up again and I was back to being my alert self.

So the question is:

Is it safer to drive at the national speed limit of 70 mph needing to have your wits about you or is it safer to be bored to death, be late and probably fall a sleep and swerve off the road.

I feel bad for the people in countries where the speed limit is 55 mph on great stretches of open road.

Once again I will leave it for you to decide 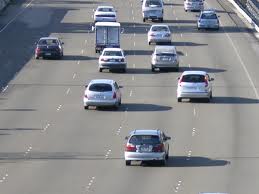